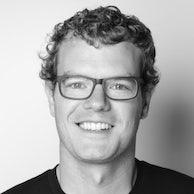 This is Rob's site. There are many like it, but this one is mine.

Lately I’ve been playing with Tivoli Directory Integrator (TDI). One thing I’ve noticed is that you cannot loop through all LDAP entries with a single query - the server stops you at a maximum query limit. A quick search reveals that TDI has paging parameters for an LDAP search. Hurray! Small problem though - there isn’t anywhere you can input what page you want. Kind of a let down. Google is of no help either.

However, I have mashed together some Java/LDAP example code from the LDAP docs. This involves setting a few Paged Control attributes on the connector when it has run out of entries.

Firstly, we need to grab the connector from TDI and stash it away in JavaScript so we can refer to it later (we could grab it every time, but this way is more efficient). In the After Initialize hook on your LDAP iterator, add:

Next, we need to hook in to After GetNext to check if the connector has run out of entries (before TDI notices and finishes the iteration - trying to change the page in the End Of Data hook is a waste of time). In the hook we use the code as per the link above to grab the page result cookie and insert it in to a new paged results control in order to get to the next page. I have added a simple “peek” style check to see if the connector is out of results as I could not find a hasMoreEntries() method anywhere.

Ta-da! You now have an unlimited number of LDAP entries coming out of your LDAP connector.